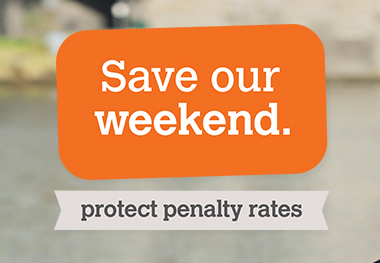 The RTBU has blasted the decision by the Fair Work Commission to cut Sunday penalty rates for workers in the hospitality, fast food, retail and pharmacy industries.

RTBU National Secretary Bob Nanva said the cut to wages for low-paid workers was even more galling when the Federal Government was proposing to give a $50 billion tax hand-out to big business.

“Malcolm Turnbull says he supports small business, but he’s subsidising small business profits by taking money out of the pockets of low-paid workers.

“At the same time he wants to hand over billions in taxpayer subsidies to fat cats from the top end of town.

“If Malcolm Turnbull really wants to help out small businesses, why doesn’t he direct some of his $50 billion bonanza to them?

“Frankly, the Federal Government has shown nothing but pure contempt for the most vulnerable working Australians.”

Bob Nanva said the decision was flawed and would damage the national economy.

“Australia is experiencing its lowest rate of wage growth on record.  Because wage growth is stagnant, people are not spending as much.

“This, in turn, has a negative impact on business profits, and on the amount of tax collected by the Government.

“So despite all Federal Government’s handwringing, the budget deficit continues to go up.

“So while the brunt of this terrible decision will be borne by low-paid workers who have relied on penalty rates to keep their heads above water, the impact will be felt right across the board.”